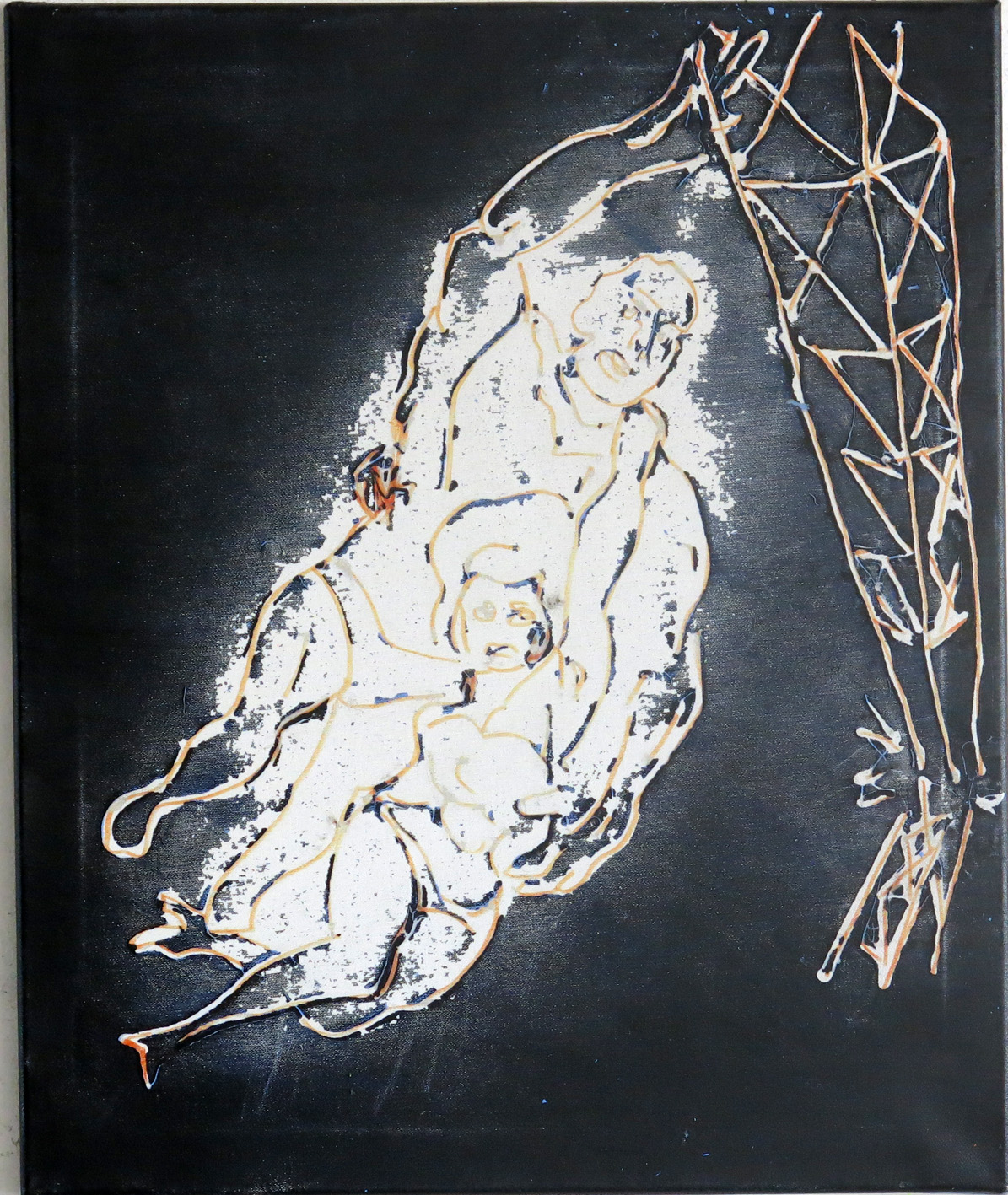 Marco Schuler’s artworks have created a whole new environment in our space in the Hochbrückenstrasse. When entering the office, one is greeted by fabulous creatures and ghosts. A sea monster is crawling over our pink office floor and two small sculptures, looking like researchers, are exploring the heights of our bookshelves.

All that under the aegis of antique torsi, shrewd out of blue canvas varnish. Turquoise mermaids  crowning a sideboard where a paddler with elegantly stretched extremities is pulling his rounds over the wooden surface.

Marco Schuler’s artistic touch brought these mysterious creatures to life. With a lot of humor and drollness, he washes away the dust and dryness of the sometimes brittle history of art and resuscitates the empty shells of classical proportions. All the while adding new characters from pop-culture or children’s stories that made their way into the artist’s imagination.

The sculptural works and oil paintings accompany small-scale watercolors that Marco Schuler painted during his artistic residency in Los Angeles. Like a visual diary, they recount daily occurrences or incidents along the Sunset Strip or the Pacific coast at Venice Beach.

Marco Schuler studied at the Munich Academy of Arts and was in the Master Class of the famous German sculptor Olaf Metzel. The exhibition can be visited at our office at Hochbrückenstr. 8 in Munich upon appointment.